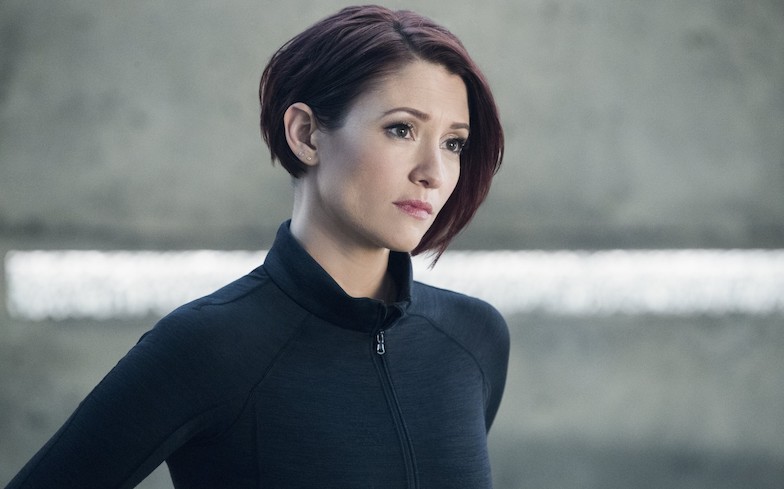 Identifies as: LGBTQ+
Known for: Supergirl, Grey’s Anatomy, That 80’s Show
Last year, Leigh chose to speak out about her sexuality for the first time. In an essay posted to Creating Change, an LGBTQ+ organisation she co-founded, the actress said the coming out journey of her Supergirl character Alex Danvers helped her come to terms with her own sexuality. The actress helped bring a lesbian storyline to the DC adaption of Supergirl since Supergirl’s 2015 debut. She has since reprised the role on various Arrowverse productions such as Arrow, The Flash and Legends of Tomorrow.

In her powerful essay, the actress revealed how she felt a connection between her character and herself. “I personally felt to authentically represent Alex’s journey,” she wrote. “What I didn’t realize was how the scene where she finally confessed her truth would leap off the pages of the script and genuinely become a variation of my own.” 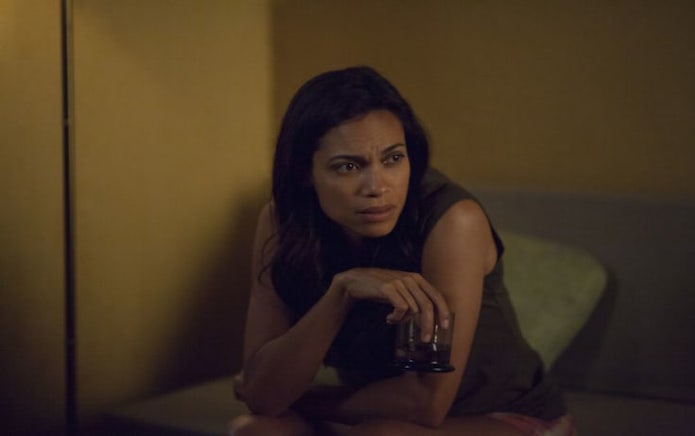 Identifies as: LGBTQ+
Known for: Jane The Virgin, Marvel’s Luke Cage
Alongside her sints across film, one of Dawson’s most notable moments on the small-screen was her impactful role as Jane Ramos in seasons 5 and 6 of Jane The Virgin. Dawson played the love interest to central character Petra. The show was a hit and was well due some LGBTQ+ inclusion and, sure enough, we soon got Jane Ramos. While fans were concerned the character would be written off in either a trope death or theatrical exit, Ramos’ character, fortunately, gets a happily ever after as she as Petra end up together.

Dawson has not opted to label her sexuality, but in an interview with Bustle (in 2020), the actress highlight how fans thought she had come out in 2018, following a celebratory LGBTQ+ Instagram post. During the interview, she took the time to correct the record. “People kept saying that I [came out] … I didn’t do that,” she told Bustle. “I mean, it’s not inaccurate, but I never did come out come out. I mean, I guess I am now.” 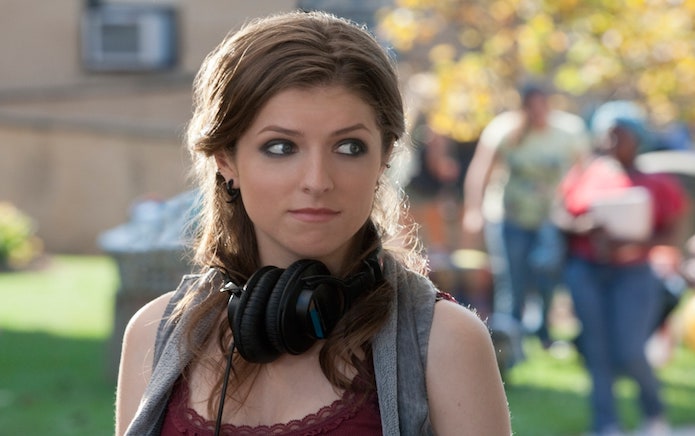 Identifies as: Bisexual
Known for: Twilight, Pitch Perfect, A Simple Favour
There has long been speculation when it comes to Anna Kendrick. Many of called out the actress being queerbaiting while others have argued that celebrities do not have to publicly label themselves. However, in 2018, some answers were offered as the Pitch Perfect actress opened up about her sexual fluidity. While taking part of a press tour for A Simple Favour (alongside Blake Lively), Kendrick revealed how she found similarities between Lively’s character Emily. Speaking to Pride Out, she explained how, like Emily, she is “very comfortable with the fluid aspects of her sexuality.”

The actress also recalled experiencing her first same-sex kiss in high school while at a party and “boys are watching! That horrible performance silliness.” However, the star expanded about her romantic experiences with women, saying: “I haven’t had that emotional love for a lady, which isn’t saying it could never happen to me.” 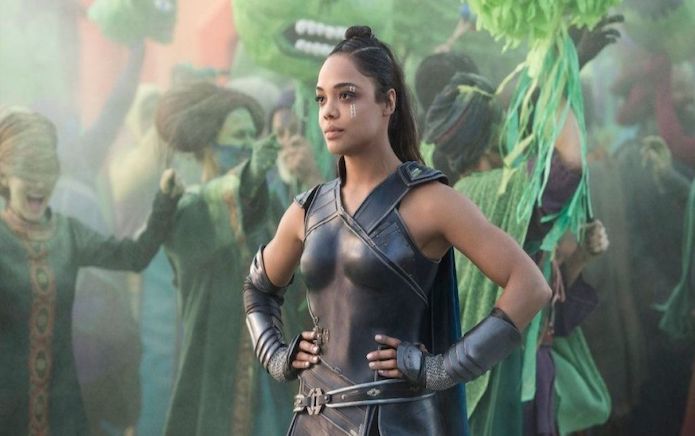 Identifies as: Bisexual
Known for: Marvel’s Thor: Ragnarok, Men In Black: International, Creed
The rise of Tessa Thompson has been hard to miss. The actress has landed some killer roles as Nyla Adrose in the movie For Colored Girls, Valkyrie in the Marvel Cinematic Universe and HBO’s Westworld.

Alongside being a kickass figure in Marvel, it looks like Valkyrie will be part of the new wave of representation on the big screen. In fact, it’s been rumoured a cut scene from Thor: Ragnarok confirmed Valkyrie’s bisexuality. The character’s sexuality is made clear in the comics but is yet to make its way into the movies. This representation is something Tessa has also pushed for. During Comic-Con in 2019, the actress updated fans on progress. “As a new king, she needs to find her queen. That will be her first order of business. She has some ideas. Keep you posted,” she told the crowd.

Away from her character, Thompson came out as bisexual in 2018. In an interview with Porter Magazine, the actress gave details about her sexuality. “I can take things for granted because of my family — it’s so free and you can be anything that you want to be,” she said. “I’m attracted to men and also to women. If I bring a woman home, [or] a man, we don’t even have to have the discussion.”

Check out the terrifying trailer for Fear Street Part 2: 1978

Khloe Kardashian Reveals The Values She Is Teaching Her Black Daughter As A White Mother.

Khloe Kardashian on her recent podcast confirms that she will be giving an inclusive education to her only child True Thompson. She talks about how it is pretty different for a White mother to educate her black child with all kinds of knowledge. However, she has decided to give her daughter all kinds of education as it is the basic necessity of life. As a white mom, she is fully looking forward to educating and make her child a better person in life. Check out everything you need to know about it.

In Khloe Kardashian’s recent podcast she talks about motherhood and how she’s going to raise her baby girl. After breaking up with Tristan Thompson recently Khloe Kardashian is full-on focusing mostly on her daughter. She confirms that yet she is a white mother and very privileged it is very important for her to educate her child on all kinds of lives. Khloe Kardashian except that there is a variety of people living different kinds of lives and it is important for her to learn it to make her daughter learn it at the same time.

Khloe Kardashian As A White Mom

Moreover, she explains that some of her sisters are dealing with the same thing and hence they have motherhood conversations. Khloe Kardashian amazes fans by talking about race and equality. She explains how it is different in America as White people get more privilege. However, she believes in inequality at all costs and is going to bring her daughter off in the same manner.

Khloe Kardashian even says that she is not just going to give her daughter every single thing she needs every time. It will make her understand what kind of life other live. She will educate her in the best possible manner as she could and meanwhile educate herself. Stay tuned with us for more details about your favorite TV show and celebrity.

Also, read- Kim Kardashian West Has Joined The Fight Against The Coronavirus Pandemic By Launching A Range Of Face Packs!

Blake Lively Furious At Paparazzi That Chase Her Children. She Claims It’s A Threat To Their Lives.

After calling out the tabloid that uploaded a bunch of pictures of Blake Lively, Ryan Reynolds along with their children. She is now appreciating the ones who are making a difference. However, she is still furious add paparazzi who are not respecting their privacy and going of limit every time. she even confirmed that at this point she feels insecure and scared for her three daughters. Check out everything you need to know about it.

The 33-year-old celebrity recently took to her Instagram where is she exposes the dirty art of paparazzi. She confirmed that she is now scared for the children as some property stock and share them every where they go. With from jumping and climbing here and there to get exclusive pictures. She confirmed that this is something that she does not appreciate at all and she would love to have good amount of privacy.

That was not all she even bashed the tabloid that uploaded the bunch of pictures of her with her family. She confirms that it is okay for pictures go online but she is not at all okay with people chasing her daughters to get exclusive pictures. She mentioned and asked for privacy and protection of children. Blake lively’s fans were really supportive about the whole situation.

on the other hand she recently so good amount of changes. And hence she once again took to her social media to appreciate the people who made the change. However asked others to follow up the same as celebrity kids really need protection and privacy to themselves. Blake lively is known to have an open and bold personality who talks for what is right. Fellow celebrity appreciate her for taking stand of celebrity kids as it was an issue that many were facing. Stay tuned with us for more such details about your favourite TV show and celebrity.

Also, read- Kim Kardashian West Has Joined The Fight Against The Coronavirus Pandemic By Launching A Range Of Face Packs!

Britney Spears Looks Happy As She Sings A Song With boyfriend

Britney Spears took a moment to sang one of her classic songs along with boyfriend Sam Asghari right after shading her own family. fans are confused as if Britney Spears is doing better or worse at the moment. There is no doubt in the fact that Britney Spears is going through a lot recently and that has come out in the most unexpected ways. Which her confirming that her mom did not support her enough when she needed her and more. Check out everything you need to know about it.

Fans were honored to have Britney Spears Sing one of a classic lonely. however, it was not just a song dedicated to the fans but also a shade towards many. amid all the problems Britney Spears is also trying to enjoy her life but what is shocking to the fans is that she is non-stop throwing shade towards her own family. However, the song has just mesmerized the fans as we cannot underestimate how beautiful Britney Spears’s voice is.

Britney Spears boyfriend Sam recently on Sunday shared an Instagram post where we can see Britney Spears singing her classic. In the video clip, Britney Spears looks amazing along with her boyfriend Sam. The song is played on the radio where she sings along in her mesmerizing and melodious voice. Fans are in love with her beautiful her song is. Soon after The video was uploaded it went viral all over different social media platforms. Fans have given Britney Spears enough love and affection.

In the video clip, we can also see some adorable moments where is Britney Spears boyfriend Sam confirms that he loves this song and it is his absolute favorite. Britney Spears is also seen having a really good time after a very long time. However, fans are trying to figure out what exactly is going on in her mind. Stay tuned with us for more details about your favorite TV show and celebrity.