Altered Carbon is an American science and fiction web television series created by Laeta Kalogridis. The series took its base from the 2002 novel of the same title by English author Richard K. Morgan.

So, let us now take a look at the ten reasons to watch this series.

This series elaborates high stakes action along with science and fiction. It portrays all sorts of advanced weaponry that often seem impossible to create. The show utilises the futuristic environment, thus keeping the action simple. We see the characters fighting with guns or their bare hands, thus putting it in the wonderfully atmospheric sci-fi category.

Even though the series is filled with sci-fi visuals and gadgetry, it is ultimately a show about humanity. Altered Carbon is all the inner confusions and disturbances that question your sanity and memories. It shows the development of various fields and how we cured death with them.

The story of Altered Carbon revolves around ‘cortical stacks’. It is the place where a person’s consciousness and memories get stored on a spinal implant. The show teaches each person regarding his nature of consciousness and life.

The story follows a world where consciousness can be transferred to different bodies. Takeshi Kovacs, a former soldier, turns into an investigator to solve a murder. So, this can be a mind-bending sci-fi series on Netflix. 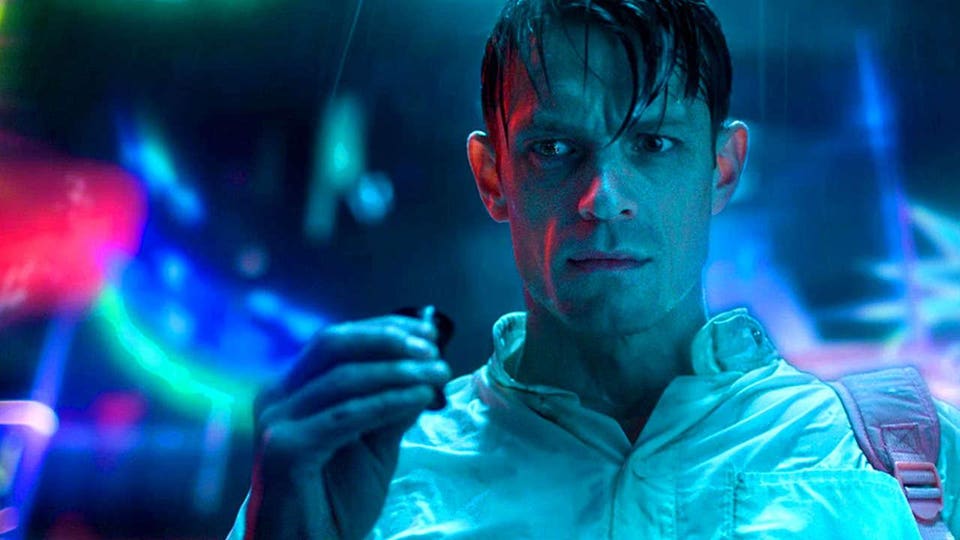 As we know the first season of Altered Carbon is groundbreaking and incredible. However, the series secures a rating of 7.9 out of 10 in IMDb. However, that is not a bad rating at all. So, you can just give it a try and watch.

One can also compare Altered Carbon’s sad and nostalgic storytelling to that of Westworld. The story of Altered Carbon wraps up all the story that finally comes up as a big mystery. However, it unfolds gradually throughout the over-arching narrative.

The show, Altered Carbon features powerful and independent women. We see them playing their roles in action, equal to that of men. They start a rebellion against the government in the fight for freedom. You will also find a female police officer who does anything to uncover the truth. Thus, the show even portrays women empowerment.

The story shows the rich seeming to control everything, including the legal system. On the other hand, the poor neighbourhoods in the city are willing to do anything for money, even selling their sleeves. Although it appears like a grim world to live in, everyone seems resigned to their positions in society.

The main character of the series, Takeshi Kovacs, is Caucasian. But in the previous sleeves, he is shown as Asian. However, the other main characters of the show include people from Black and Hispanic backgrounds. All these characters are convincing and compelling. So this can also be one of the reasons to watch the series.

The story of Altered Carbon includes a great vision about the future and modern way of thinking. The series also portrays humanity’s growing over-dependence on technology. On the other hand, its view of the future is compared to Ridley Scott’s Blade Runner franchise.

So, these can be some of the reasons that make anyone excited to watch the series.