The letter discussed the problems of workers of warehouses they cited from a report of BuzzFeed News.

Amazon saw an increase in its sales as people preferred e-shopping rather than go to physical stores by themselves. But amazon warehouses had very low workers to meet the demands as they offered hourly workers the opportunity to take unpaid time off if they felt sick.

On 16 March, Amazon announced plans to hire an additional 100,000 hourly employees and to temporarily increase pay for new hires and existing employees by $2 an hour. Now warehouse workers who ere making make $15 an hour but will receive $17 an hour until April 30 at least. Last week, Amazon also began instituting mandatory overtime, requiring warehouse workers to come in for one extra shift per week.

The report also quoted an employee saying that there are no stand-ups but most containers are out of hand sanitizer and wipes are hard to find in the warehouse.

One employee  said “They are putting our health and health of customers at risk for profit,”

It also cited the problem that Workers are scared to take time away from their tasks to wash their hands regularly, as they fear falling behind on their strict performance metrics and may lose their jobs.

Ted Minn, an employer expressed his opinion on Amazon policy to create distance saying that this system does not accomplish that in any way. He said. “You’re going to be coming in close contact anyway hundreds of times a day anyway while doing your job.” 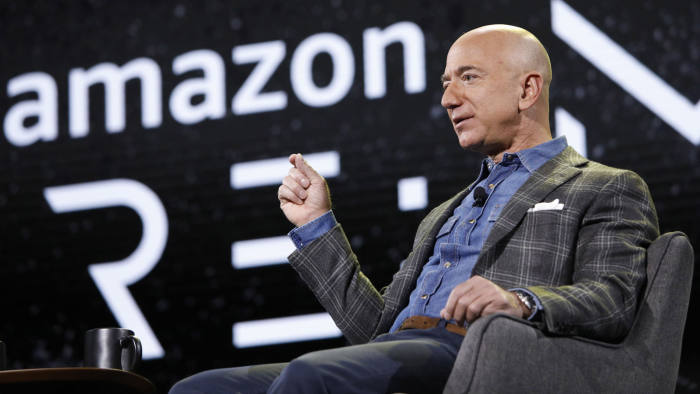 Senators in the letter “urged Amazon to prioritize the health, safety, and well-being of the employees “.

They wrote that while Amazon has issued guidance to its warehouse employees to frequently wash their hands, they are not providing enough time for them to do so

The lawmakers wrote in the letter. “Americans who are taking every precaution…might risk getting infected with COVID-19 because of Amazon’s decision to prioritize efficiency and profits over the safety and well-being of its workforce.”

Senators, in the end, asked Amazon to answer the following questions and submit them till March 26. The questions were-

1. What preventative steps is Amazon taking to ensure its employees do not contract COVID-19?

2. Will Amazon agree to cover the cost of testing for COVID-19 for its employees?

3. Will Amazon suspend rate-based write-ups until the threat of COVID-19 is mitigated?

4. Will Amazon provide paid sick leave to its employees regardless of diagnosis?

5. Will Amazon provide its workers time and a half hazard pay during this period of heightened risk?

6. Will Amazon pledge to immediately shut down any facility on a temporary basis in which a worker tests positive for coronavirus and offers two weeks of paid sick leave to employees at that facility as they self-isolate?

What Amazon has done?

Amazon said the company was “helping people around the world in a way that very few can. Delivering items directly to someone’s door has never been more of an essential service, and your work makes it possible.”

In a statement, a spokesperson called the accusations about worker safety “simply unfounded” as opposed to people off of whose labour it is—as the senators noted—profiting during the pandemic.

The company said, “We have taken extreme measures to keep people safe, tripling down on deep cleaning, procuring safety supplies that are available, and changing processes to ensure those in our buildings are keeping safe distances.”