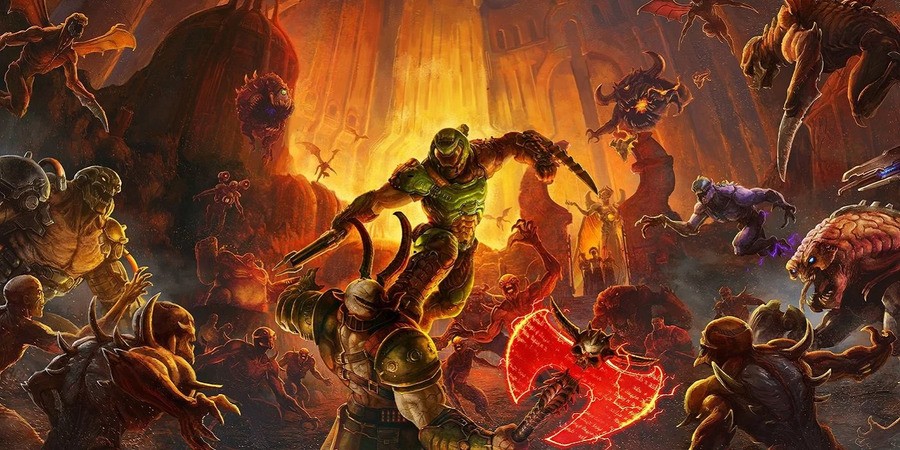 “As the DOOM Slayer, you return to find Earth has suffered a demonic invasion.”
. “Raze hell and discover the Slayer’s origins and his enduring mission to rip and tear…until it is done”, reads the official description

The demonic evil has massacred  the Earth and humanity, and  now it’s the players’ turn to massacre  the evil after travelling to various places on Earth from the orbiting fortress of upgrades and other amenities

DOOM ETERNAL is coming out on March 20, 2020, for the platforms Microsoft Windows, Play Station 4, Stadia, Xbox One

For Switch it might be delayed and released later

DOOM ETERNAL is a sequel to the Doom reboot 2016, published by Bethesda Softworks who released a 3-hour preview for the game in Los Angeles in January end

DOOM Eternal’s new dimension is in its new stuff

In DOOM ETERNAL, it is more about about the player’s kit and many varied fight actions. Narration and forming moments to the character are greatly reduced, and more focus is on the resources used

The demon is killed each time differently, and the tools are filled up multiple times in each fight

GAMEPLAY AND THE DEMON

In Doom Eternal, the player is made to play the game at a fast speed with varied techniques of killing the demon in a fast movement

The player sees the destroyed Earth by the demons and travels from one arena to the other, killing the demons and becomes the ultimate warrior to stop the demons from further destruction.

The demon is Whiplash, who is a devil creature with the appearance of that of a snake or like a serpent with more bone and metal body.