We were hoping to get a hint or clue on the development of Elders 6 in E3 2020. But unfortunately, the show canceled due to the growing concern of the COVID-19 pandemic.

Pete Hines tweeted on 1 April “Given the many challenges we’re facing due to the pandemic, we will not host a digital Showcase in June. We have lots of exciting things to share about our games and look forward to telling you more in the coming months.”

Bethesda said ” We are very disappointed that we are unable to hold this event for our fans and supporters. But we know it’s the right decision based on the information we have today.” 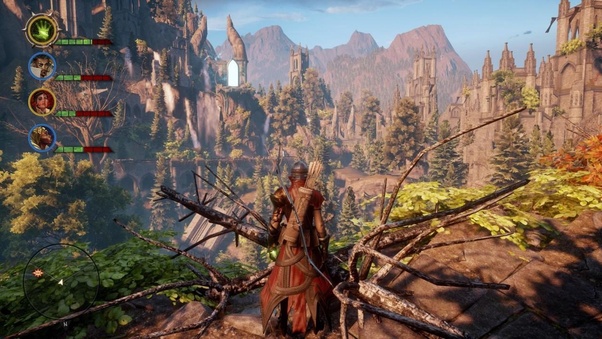 The game was confirmed during Bethesda’s E3 2018 conference. Todd Howard said that the game will be coming after Starfield, the company’s next big IP. But given Starfield is coming in 2020 at the very earliest, Elder Scrolls 6 will still take years to come. However, it is highly anticipated that you will be able to play the game in 2025.

In an interview with Bethesda Game Studios executive producer Tom Howard, speaking to IGN, he said “I think everyone should be very patient” when asked about an Elder Scrolls release date. “The gap in between [Elder Scrolls games] is going to belong, It already is,” continued Howard.

“On the one hand, I think it’s good to miss things. I think that makes people come to it with really, really fresh eyes, and I think when they eventually—eventually—see the game and what we have in mind, they’ll understand the gap more in terms of technology and what we want it to do,” he said.

In an interview with Gamespot, Todd Howard said that Bethesda is looking into how exactly it tells stories in its games. Howard noted that Skyrim and Fallout 4 take slightly different approaches to stories, with Skyrim leaving things more open to the player’s vision and Fallout guiding them more firmly through a story

He said, “ We have new ideas that we want to explore in the future because we feel like we haven’t cracked it yet the way we think it could be.”

Skyrim introduced the idea of designing and maintaining a homestead with its Hearthfire DLC. Fallout 4 expanded upon with the introduction of its settlement mechanic. The Elder Scrolls online built upon again with its Homestead DLC. This hints that Elders 6 will have the feature to some degree.

The thing that we know for sure is that the game will be released on the next-generation PS5 and Xbox Series X consoles.

The only footage of Elder Scrolls 6 available is a very short clip of the game’s logo. Other than that, you might be waiting a while to see more.