Due to ongoing issues of COVID-19 pandemic, everyone is requested to stay home. Also, every industry is working from home. But, the industry of entertainment is paused. Everyone is staying at home for one month. Even the celebrities and famous actors were staying inside. So, people are spending time with their family members.

What Did Matthew Perry Do?

But some feel it as a difficult task to stay home. Matthew Perry aka Chandler Bing, who has a huge fan following found hard to stay home. He violated the rules of lockdown and caught to the media. He is famous for the Friends, which is an American romantic television series. So, Chandler Bing is the name of his character in the film. The show is about ten seasons and consists of 236 episodes.

NBC is premiering the show from September 24, 1994, to May 6, 2004.  The show is about six friends, and Matthew is one of them. The series deals with their life in adult age, who lives in New York City. Coming to our general point, Matthew stepped out of his home, being in this lockdown. When he came out,   Matthew was wearing a black t-shirt, an open checkered blue shirt, and blue pants.

This action of Matthew has been viral news on social media. Since he has so many fans, everyone roasted him for doing this. Also, he posted a meme on Instagram hinting about the difficulty of staying home. However, he spending his time by trying some cooking things.

So, he made cookies and posted them on Instagram. But, what the fans curious was about the caption, he gave to the post. He wrote ” I made these by the way. Also, I am not wearing any pants. Getting Ready for some serious n*de eating”. By this caption, he became viral on social media. 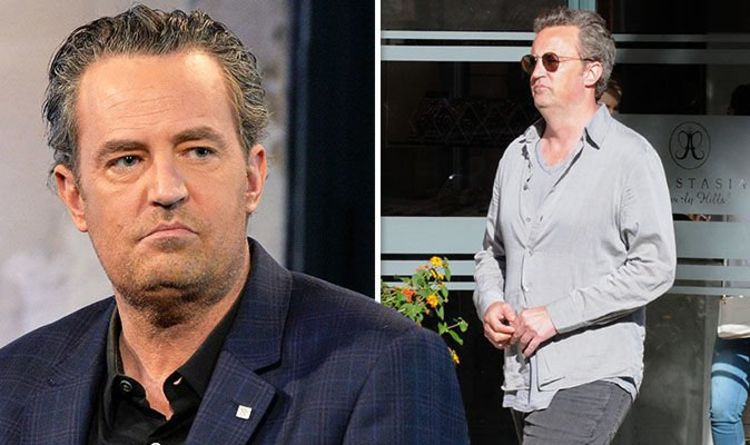 In Friends series, along with Matthew many actors were part of the show. These include Courteney Cox, Matt LeBlanc, David Schwimmer, Lisa Kudrow were in the series Friends. HBO Max will be telecasting the new episode for the show. Also, these actors started an “All In Challenge” as a part of their reunion. So, by this act, they are raising funds and donating food to poor people. Lastly, we all stay home and be part of not spreading the virus.

Donald Trump Has Signed An Executive Order To Temporarily Suspend The Approval Of Green Card!