Megan Denise Fox ( I bet you didn’t know her full name) is actually a very famous actress as well as a model. I bet you’ve obviously heard of her because she has a pretty huge fan following.

I think one of her most popular movies was the horror yet dark comedy Jennifer’s Body. However, her very first movie which was confessions of a teenage drama queen was also pretty memorable. 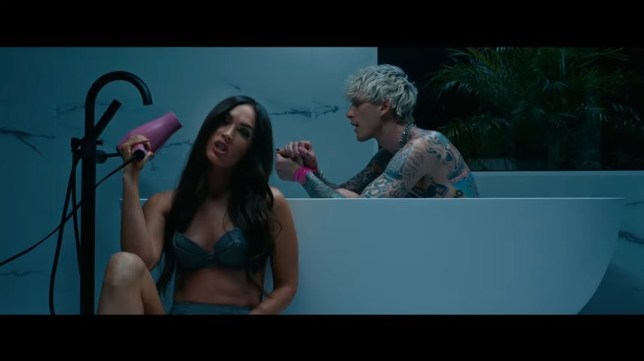 Who does not know Machine Gun Kelly? His real name is Richard, and I bet most of you didn’t know that too. He started off with his career early and rose to fame making his way with the help of some fire mixtapes.

Machine Gun Kelly did a good job at landing up offers for making music in 2011. Since then a tor of five albums have been made. He even made it to the top 4 of the Billboard charts. Though he has also a background in the acting career, I think we love him more as a rapper. Also Read: Director Michael Bay Is Collaborating With Producer Adam Goodman To Back Songbird, A Thriller With Pandemic As backdrop

Has Megan Split up with Brian Green? Absolutely, we have a completely confirmed news about it. She has apparently split up and for a long time now rumours have been brewing up. Are Megan and Richard together?

They were seen just a few days ago while they went out to get some coffee. Both of them looked really comfortable and I think they’re now ready to confirm their official relationship.

Machine Gun Kelly also shares a music video while he is complete shirtless. His tattoo-covered body fully visible. This video, Bloody Valentine shows Megan Fox in it too.

Fox was in nothing but a simple towel. Fans are obviously pretty excited about this new development. We anticipate some updates pretty soon. I bet they’d be perfect together, both freaky and have interesting personalities.