After a shaky start to the first half, the show has managed to come back strong in this next episode. Just as every Rick and Morty episode, the midseason finale too was tight, smart, and hilarious. The latest episode was a non-stop train of literal and metaphorical references On purpose though!

So let us break us some of the top moments and easter eggs you may have missed. If you haven’t seen the episode yet, then you just want to skip this part…

We are going to show you the top 5 moments and easter eggs from the latest episode. Even though there are almost 50 of them, we have tried to cram them down into 5 important ones.

The title of the episode is Never Ricking Morty which was a reference to the 1984 fantasy film The NeverEnding Story. For those who haven’t seen the film, it is about a young boy who has to create a new story into the real world to keep the fake universe inside a book alive. There were a couple of examples of this happening in the episode regarding people’s beliefs and keep worlds/universes alive.

The episode starts with the infinity story train flying through space. This train is a reference to the Cartoon Network shows Infinity Train. The show is an anthology story about a girl travelling through a train with different rooms that test her ability and resolve before she can go home. The new episode took this story to a different degree using every single story device character twist from the previous episodes. Paul Giamatti plays the evil conductor who is yelling at people all the time

3)  Many Arms And Three Butts

Rick’s many arms and three butts are just the writers referencing every burp and fart jokes that Rick always has. 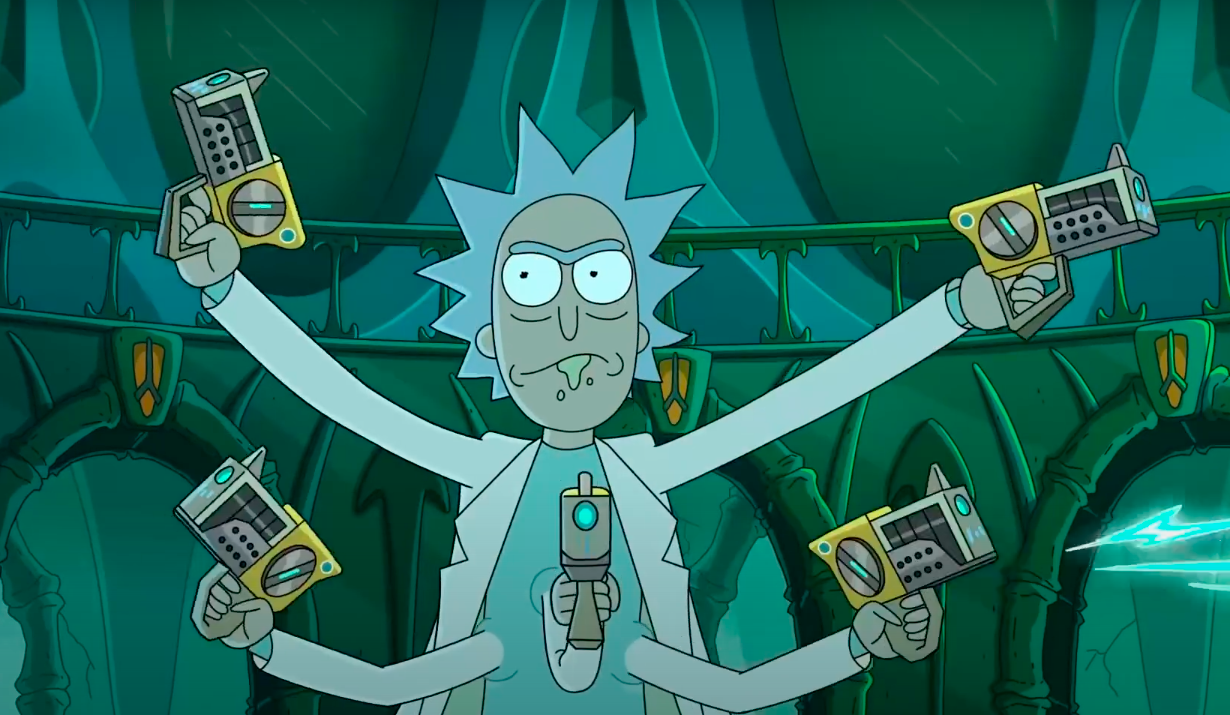 The next section of the train Rick goes into is Christmas themed which is a reference to an earlier episode from Season 3. In this episode, Rick and Jerry made a temporary truce. But as Jerry was still separated from Beth, he refuses to let Jerry into the house leaving him out in the snow.

Morty comes up with a truly awful story for his mom and sister for passing the Bechdel test. But when the first story distraction didn’t work, Rick begs Morty to come up with another story that will pass the Bechdel test. Cartoonist Alison Bechdel had proposed this model in 1984. However, Bechdel probably didn’t have Summer and Beth shooting rainbow lasers from their vaginas in mind at the time.

You May Like| Fantastic Beasts 3: Release Date, Cast, Story, And Every Update

You May Like| Made In Abyss Season 2: Release Date, Cast, Plot, And Many More Updates