Every tech giant has made a blistering start to the year. With several new releases, many are already in the pipeline. OnePlus started with OnePlus 8 whereas Apple countered it with the all-new iPhone SE. Google too has joined the competition with the Google Pixel 4a set for release later this year.

And it looks like even Samsung is not holding anything. After a series of smartphones, the tech giant has switched to laptops. The South Korean conglomerate has finally launched Galaxy Book Flex, Flex Alpha, and Book ION for sale in the U.S.A.

The multinational conglomerate had announced the sale of the laptops in the U.S at the start of the year. And finally, after waiting for a few months, Samsung has released the top end laptops on sale in the U.S. The high-end laptops named Galaxy Book Flex, Galaxy Book Flex Alpha, and Galaxy Book ION are all equipped with 10th Generation Intel Core Chips. 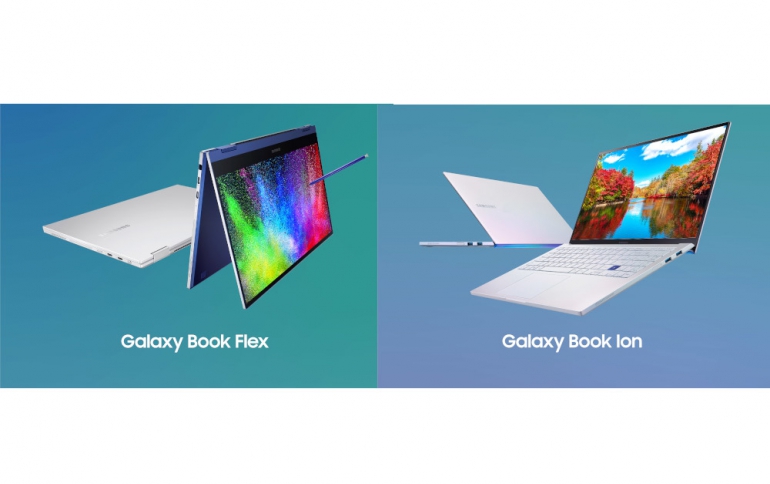 The Galaxy Book Flex and Galaxy Book ION are a part of Intel’s Project Athena Programme. This means that you will get 9 hours of battery life if you purchase any of the two which bodes very well if you’re a working professional.

The GalaxyBook Flex and Book ION were announced way back in October 2019. But Samsung did not disclose the exact release date for the two. It went to add another to the Galaxy Book Series, the Galaxy Alpha ION, at the CES 2020.

What All Features Should Be Expected?

As we mentioned earlier, the Galaxy Book Flex, Flex Alpha, and the Galaxy Book ION are all fitted with 10th Generation Intel Core chips. They come with a 9-hour battery.

Let us take a closer look at all the specs and features:

The Galaxy Book Alpha ION is priced at $1,590 approximately.