The Twilight Zone is an American series based on the television series created by Rod Serling. However, the episodes of this series come up with various genres. These genres include horror, fantasy, suspense, science fiction, and psychological thriller.

The episodes often conclude with an unexpected twist or usually with a moral message. The original series is in black and white, that ran on CBS for five seasons from 1959 to 1964.

Plot Of The First Season

The story follows a man named Peter Jenson who visits a psychoanalyst, Dr Gillespie after World War II. Jenson tells the doctor about a repeating dream in which he warns others about a sneak attack on Pearl Harbor. However, Jenson believes his dream is real, and each night he travels back to 1941. 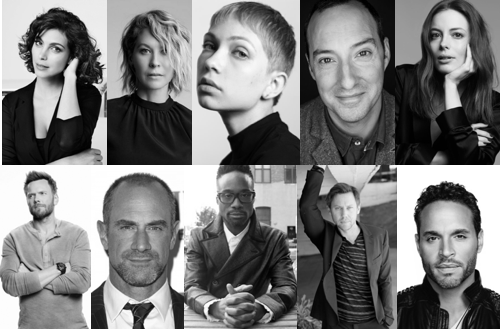 It is said that all the ten episodes of the series will come up at a time on the digital platforms. However, to everyone’s surprise, the release date and the trailer came out on the National Twilight Zone Day.

So, the fans can experience this excellent science-fiction series on June 25, 2020. In addition to that, a press release says that the upcoming season takes the viewers into a dimension filled with endless possibilities.

Cast Of The Twilight Zone’s Season 2

However, the main cast of the series has chances to reappear in the upcoming season of The Twilight Zone. So the cast includes Kylie Bunbury, Morena Baccarin, Jenna Elfman, Sky Ferreira, Topher Grace, Ethan Embry, Tavi Gevinson, and Tony Hale.

Apart from them, we may also get to see the characters like David Krumholtz, Gillian Jacobs, Natalie Martinez, Thomas Lennon, Sophia Macy, Joel McHale and Chris Meloni. Jurnee Smollett and Daniel Sunjata also have chances to come up in this season.

What Can We Expect From The Upcoming Season?

The upcoming instalment of the series will dive into socially conscious storytelling with introspective episodes. So, the developers say that it will not only take the audience to another dimension of sight and sound but also mind.