Temtem is an MMO RPG- Massively Multiplayer Online Role-Playing Game developed by Spanish development studio Crema. The game was released in early access through Steam on January 21, 2020.The pricing is $34.99

It is currently limited to PC, with the full game expected on PlayStation, Xbox and Nintendo consoles in 2021. Humble Bundle, the publisher of Temtem revealed a new trailer which includes 2v2 battles, ultra-rare Luma Temtem, and a sneak peek of end game content 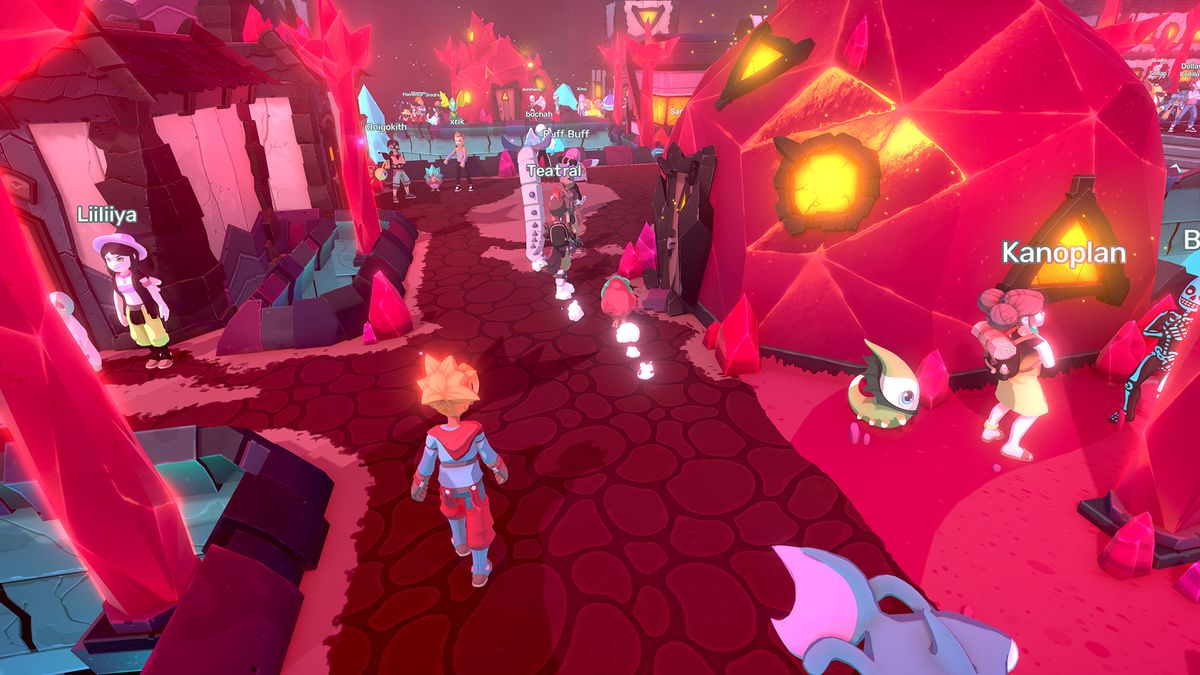 “I think the main reason for our success is the community-oriented development,” wrote Guillermo Andrades, Game Director on Temtem

Temtem is still in active developments, and things are being added or adjusted, every day

Interact and battle with Tamers online, since Temtem is built as online MMO RPG, interacting, trade, and battle with other players online seamlessly. The players can also Co-op adventure mode and beat Dojo Leader together

Travel across six different islands and fight with 8 Dojo Leaders. The characters will frequently give a variety of quests to the players  such as recovering lost items or capturing certain Temtem

These goals are tracked on the right side of the screen. The player comes across inaccessible buildings and structures which have WIP signs in front of them. The player can capture animal-like creatures, train them, evolve them, and battle with them

They can select the starter Temtem out of three options- Smazee, Houchic and Crystle and then battle rival Max for the first time. To grow as a Tamer, the player explores a colourful world–filled grass patches and towns like Brical de Mar where quests from NPCs can be picked

The players can differentiate Temtem with the cosmetics

It throws open multiplayer to the online world, players from all corners of the globe coming in to trade, fight, chill, and chat, setting out on co-op adventures and checking out customizable homes