Scientists discovered a super size Earth-like planet in the habitual zone of a star smaller & cooler than the Sun. It is located around 1200 light-years distant from Earth in the constellation Lyra. Beside Kepler-62f we can see a small shining object which is a star Kepler-62e.

About The Planet Kepler-62f

In 2013, the discovery of seven exoplanets announced around the stars Kepler-62 and Kepler-69, Kepler-62f situated. This planet is only 1.4 times bigger than Earth and its orbit around a star is quite dimmer and smaller than the sun. It orbits is believed to be a habitual region of its star. The planet may contain water which can lead to the existence of life.

Max Planck Institute for Astronomy and the Harvard-Smithsonian Canter for Astrophysics worked at this project. Lisa Kaltenegger was the modeling lead author of the project. She said, ‘There may be life there, but could it be tech-based like ours planet? Life on these worlds would be underwater with no easy access to the metals, to electricity, or fire for the metallurgy’.

Also she added, ‘Nonetheless, this worlds will still beautiful blue planets circling on an orange star – and maybe life is inventiveness to get to a technology stage will surprise us.’ The five-planet Kepler-62 orbit a star classified as a K2-dwarf which measures just two-third of the size of Sun and one-fifth as bright. 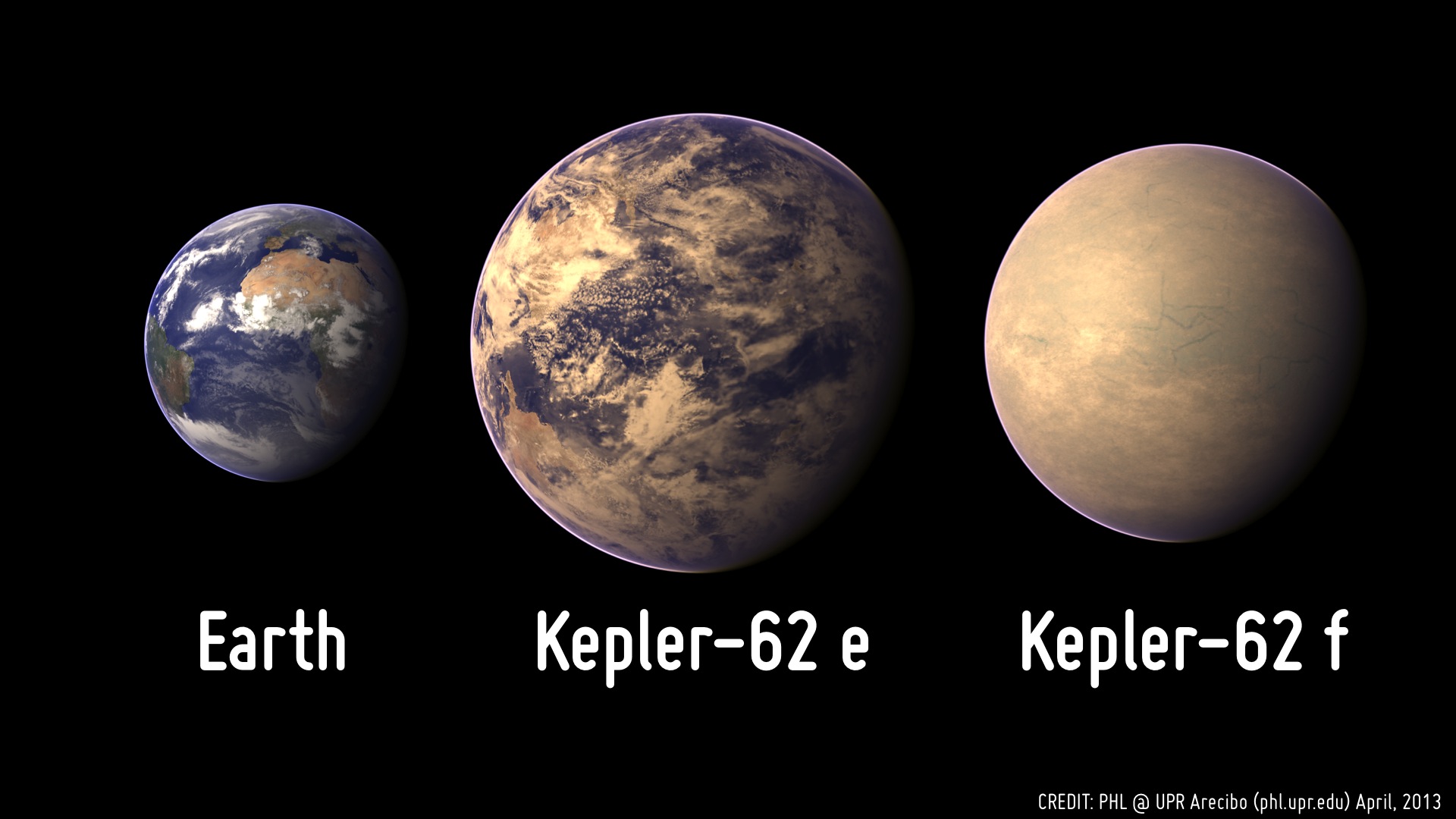 Discovery Of The Planet

Kepler-62f was discovered by using the Kepler Space Telescope, an observatory discovered thousands of exoplanets since launching in 2009. The planet completes a circle around its red dwarf star every 267 days. And its orbit is at a similar distance of Venus to the Sun.

The planet has an environment as the early aquatic environment of Earth. Nasa’s team head of the project Bill Borucki said, ‘Look at our ocean – it is full of life….. We think, life might have begun there.’

Habitability At The Planet Kepler-62f

The planet faces one side of its sun all the time with different amounts of CO2 levels in the atmosphere. Scientists suggest a modern-day weather in Kepler 62-f is possible there. Who knows there could be lifelike humans or different kinds of life existing there?