FFVII Remake was expected to be released on March 3 for Play Station 4, but later it got shifted to April 10. US players are asked to re-confirm the pre-orders made through the Square Enix store by February 28

Producer Yoshinori Kitase apologised to the fans for the delay, taking some more time to improve the final polishing works to the game

FF7 Remake is split into three episodes which will be released as AAA title.

The game is exclusive for Sony’s platform till the end of 2020; it is expected to be released on other platforms like Xbox One and PC in 2021. The game is 100 GB sized after installation 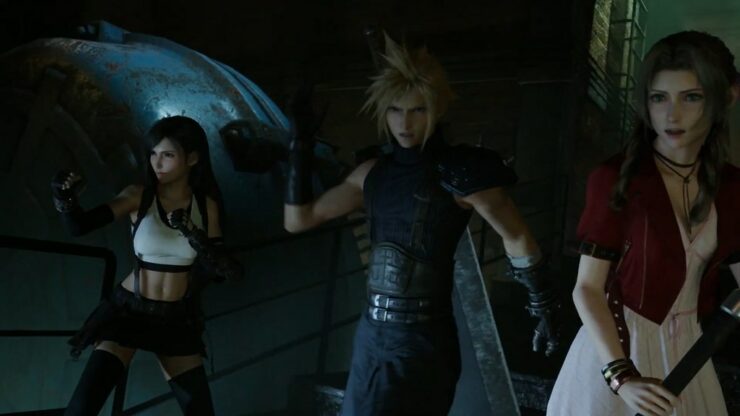 Square Enix decided to cancel the Final Fantasy VII Remake Another Story Battle Train Event, which was scheduled to be held on February 22, 2020, in Tokyo to create excitement for its first episode.It was a free event where up to 280 players can participate in which 77 lucky participants can win a lottery prize

This is the other coronavirus –related cancellation from Square Enix in February 2020.

GAMEPLAY AND THE CAST

In the Remake’s twitter account, two screenshots of Hojo is released. Square has tried to recreate professor  Hojo’s character in its Remake who played a central role in the original 1997 FFVII. It is not an open-world game like in FF15, but it will entertain the player with its action and adventure

Square Enix released the trailer for FFVII remake on its 23rd Anniversary giving a near photo-realistic look to the characters set in a fictional city of Midgar, where the whole 1st episode occurs

With the trailer, Hojo’s look and voices are revealed.  Hojo is the professor and the director of Shinra’s Science Research and development division.

Cloud Strife, a soldier who is the main protagonist, can be recognised by his blonde spike hair with a sword, determined to stop Sephiroth from destroying the Earth.  Sephiroth is the most powerful villain in the story